(Oregon Coast) – There is no shortage of fun stuff to do along the Oregon coast for Independence Day. Parades of varying degrees of quirkiness, food and of course fireworks. Here’s a look at the upper half of the coastline. (Find Oregon coast lodging availability below).

On July 3 there are fireworks in Waldport. You can extend your fireworks fun by one day on the central Oregon coast. A fab display happens over Alsea Bay starting at dusk. You can catch it from vantage points miles away.

Yachats la de da Parade and fireworks – the two go hand-in-hand for the Fourth. Full of wacky, whimsical, people-powered fun (there are no motorized floats in this parade) the Yachats la de da Parade begins at Noon and is sponsored by the Yachats Area Chamber of Commerce. Before and after the parade celebration abounds. Explore the town for a day of great food, entertainment and live music. Find a place on the beach by the mouth of the Yachats river to watch the afternoon Duck Race. Fireworks over the bay. 7:30 a.m. Yachats, Oregon. info@yachats.org.

The Annual Free Community 4th of July concert happens at Newport Middle School. Conductor Adam Flatt will help you celebrate America’s Independence Day. The symphony is free. The concert starts at 4 p.m., but full Americana festivities happen just beforehand. At 2:30 p.m., they hold a “Grand Old 4th of July BBQ,” with burgers, side dishes and more. Cost for the barbecue is $10 for adults, $5 for students and five years and younger are free. Newport Middle School is at 825 NE 7th St. (541) 574-0614. http://newportsymphony.org.

July 4. Newport Fireworks at Dusk. One of the more dazzling displays in Oregon because of the way the surround hills and mountains of Yaquina Bay cause the explosions to echo and bounce, often a few times. Also, boats on the water fire off their flares, which is often awe-inspiring.

Live Music at Lincoln City’s Taft. This year’s lineup of live music happens in the Taft Pavilion (west end of SW 51st Street) in Lincoln City. The music starts at 12 p.m. and goes right up until the fireworks show over the bay. It s free and family-friendly. This year’s acts include: Onward, Cosmonautical, ZuhG and more.

Lincoln City Fireworks Show happens somewhere between 10 p.m. and 10:30 p.m. An enormous displays hits the skies above Siletz Bay, and there's not a bad seat in the house. It’s viewable from a wide section of the central Oregon coast: up and down the beaches, from Gleneden Beach up to Road's End.

Gleneden Beach 4th of July Celebration all happens on Gleneden Beach Loop and includes a Pancake Breakfast (8 - 11 a.m.), Craft Fair and Food Court at Eden Hall (9 a.m. to 3 p.m.), and the 23rd Annual 4th of July Parade ( at 1 p.m.). About five miles south of Lincoln City.

Three towns of have dropped their fireworks display: Pacific City, Neskowin and Manzanita. The result is that Tillamook County’s only show is Rockaway Beach.

At Rockaway Beach: there's an Independence Day Parade at 11 a.m. This year’s theme is “75 years of fun.” From noon to 4 p.m., there's the 10th Annual Dachshund Races at Phyllis Baker City Park (2nd Street). Look for sales of hot dogs and fireworks all day at the Ocean's Edge Wayside. At dusk the big show takes over, which is surprisingly sizable for such a small town. It includes a flyover by National Guard jets. (503) 355-8108.

Other events continue in Manzanita during the day, however, such as the Pancake Breakfast in Manzanita. From 8 a.m. to 11 a.m., bring your friends or make new ones while enjoying a hot breakfast in support of the local Neah-Kah-Nie athletic teams. At 5th & Laneda in Manzanita (the former fire hall). Manzanita, Oregon. Food is under $10.

The Manzanita Hometown Parade starts at Classic Ave. at 1 p.m. The more the merrier: the public is encouraged to join in. From marching bands to giant crabs to dancing librarians, they have it all. The theme of this year’s parade is “The Spirit of America”. A flyover from Oregon Air National Guard will be a 1:15 pm and the parade starts promptly afterwards from Division and Laneda. Registration forms can be found at Manzanita City Hall and Manzanita Visitors Center.

Seaside’s 4th of July Old Fashioned Social is another long-standing tradition in the north Oregon coast town. It starts at 11 a.m. with food, music, games, a hilarious cake walk, silent auction, face painting, and much more. It's a huge family-oriented event. Also, you can enjoy free tours of the museum. Seaside History Museum. 503-738-7065

Seaside’s 4th of July Fireworks Show starts at approximately 10 p.m. An enormous show explodes over the north Oregon coast town. It's a 25-minute extravaganza timed to music (tune your radio to KSWB 840 am for synchronized music). Some 10,000 people gather along this stretch of beach. It is recommended that visitors find parking on the east side of the Necanicum river, in order to avoid a 60 to 90 minute exit time after the show. Park only in legally designated parking areas and avoid private property. There is also Drum & Bugle Corps concert earlier in the day and the Stunt Kite Presentation on the beach.

The Cannon Beach Independence Day Parade starts at 11 a.m., heading north on Spring St, starting at the staging area between Gower and Monroe St. The public is invited to participate – especially all veterans. Registration at 9 a.m., 1216 S. Hemlock. (American Legion Post). 503-436-0121. No fireworks shows are ever allowed in town.

In Astoria: Fireworks over the Columbia River, launching from the East End Mooring Basin. About 9:50 p.m. all around Astoria.

Warrenton has its 4th of July Parade in downtown Warrenton starting at 3 p.m. Then check out fireworks in Astoria. Oregon Coast Hotels for these events - Where to eat - Maps - Virtual Tours 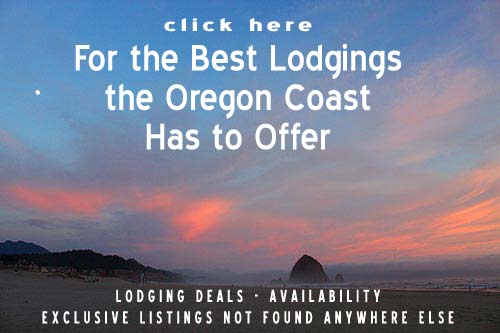 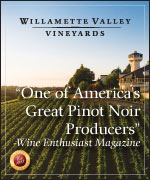 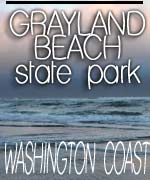 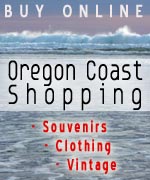 Secrets of the Season


Unusual Travel Articles TravelParanormal.com allows you to submit your own creepy tale or debunk one - or see up-to-the-minute news headlines about travel and the paranormal.