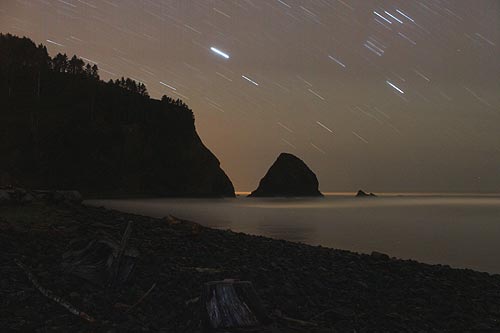 (Oregon Coast) - A real, true stellar show is in store for Oregon this week as the peak of the Perseid meteor showers happens from now until Friday. In the Portland area you'll have to get out of city lights to get the full effect of as many as one shooting star per minute. However, places like the Oregon coast will be devoid of such lights and you should be able to see quite the display. (Above: star movement at Arch Cape near Cannon Beach).

The peak of the Perseids started last night and runs through Friday, with perhaps its highest peak this morning at 3 a.m. That time span is when you'll see the most, but the celestial spectacular actually goes until about August 24, leaving more time to check it out. 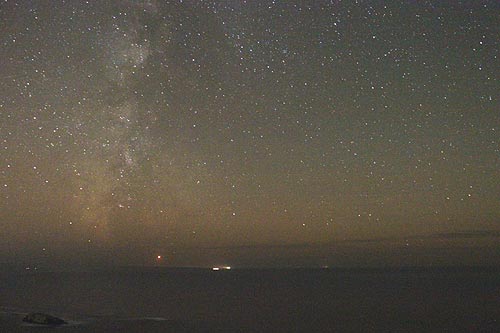 Above: Cape Foulweather near Depoe Bay will yield exceptional sights.

As far as weather conditions go, Portland and northwest Oregon will be remarkably clear and almost moonless. Oregon coast towns like Seaside, Cannon Beach, Lincoln City, Newport, Manzanita or Pacific City may have partly cloudy skies at night over the next few days.

Jim Todd, astronomer with Portland's OMSI, said these tiny bits of a comet travel at thousands of miles an hour. Meteoroids quickly ignite in searing the atmosphere’s friction, 30 to 80 miles above the ground.

“Every year, Earth passes through debris paths left by comets hurtling past the Sun,” Todd said. “The results of these intersections are called meteor showers: when tiny particles burn up in the Earth’s atmosphere. We see them as bright streaks across the night sky and name them 'shooting stars,' intense streaks of light across the night sky, caused by small bits of interplanetary rock and debris called meteoroids crashing and burning high in Earth's upper atmosphere.”

Todd said try to get away from city lights, but if you must stick around Portland or other larger towns, choose a spot that gives you a wide view of the city. Where they seem to be radiating from - known as the radiant - will shift upwards in the sky as the evening passes into morning.

Astronomers say you could actually see more than one a minute, especially in places with much less light pollution. Eastern Oregon will likely be ideal as the ocean mists along the coast can muddy up the skies a tad, and other inland parts of the state will have some light interference.

High spots along the Oregon coast can yield some of the best comet views for that area. These include the viewpoints at Neahkahnie above Manzanita, Cape Foulweather near Depoe Bay, and the overlooks near Cape Perpetua just south of Yachats,

A suggested exploration: wander the beaches at night, on the wet sand near the tide line, and you may also “glowing sand” when you shuffle your feet backwards. See more on glowing sand. Few experiences are more spectacular than seeing sparks above your head as well as below you. More about Oregon coast science. 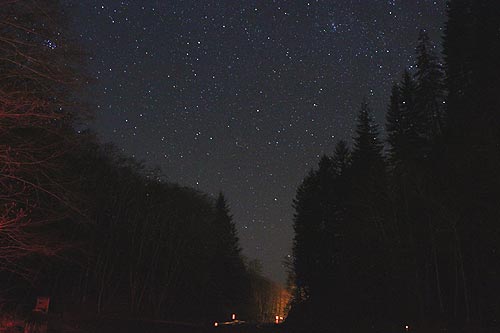 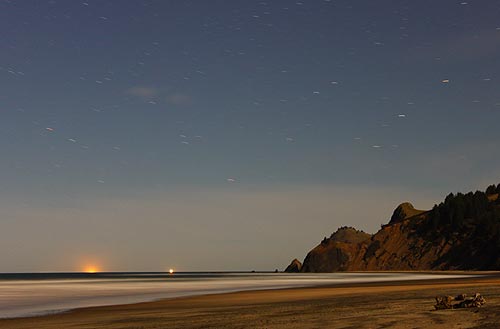 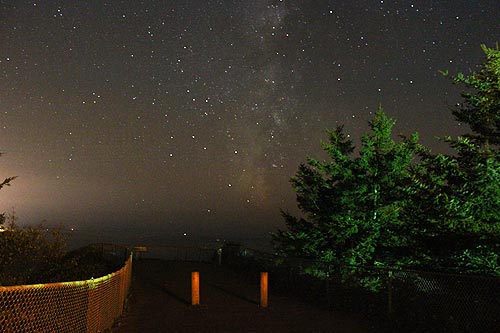