(Seaside, Oregon) – Crazy days and nights are ahead for those wanting to hit the north Oregon coast this weekend as the Hood to Coast running event takes over parts of the highways and fills the hotel rooms. It's going to make for major traffic headaches from where Astoria meets Highway 101 and Highway 30, down to Seaside, and even impacting some areas near Portland. For those wanting to find lodging along that part of the Oregon coast, you likely will not find a thing until about 40 miles south of Seaside.

Unless you've made reservations ahead of time, there does not appear to be any availability in the north coast towns of Astoria, Warrenton, Seaside, Cannon Beach and even Manzanita (which is about 22 miles south of Seaside). You will have to drive down to Rockaway Beach to even come close to any possible openings.

In Astoria, a spokesperson for the Cannery Pier Hotel said it was all filled up for the weekend and did not know of any openings in that town. Compounding the flood of Hood to Coast runners is the fact salmon season is huge right now, which already fills most of rooms in the area.

Often during big weekends like this, even Cannon Beach is filled with overflow from major Seaside events, but you are sometimes able to find some openings in Manzanita. Not so this year, said San Dune Inn owner Brian Hines.

“We've had a lot of people stopping in and asking where to stay,” Hines said.

In Rockaway Beach, some 40 miles south of Seaside, there have been a few reported openings. Neil Patel, owner of Tradewinds Motel in Rockaway, said there haven't been as many Hood to Coast participants in recent years, but one of the two openings he had left for the weekend was from a cancellation.

If you're heading to the Oregon coast this weekend, you're best advised to keep south of Rockaway Beach, such as Pacific City, Garibaldi, or central coast towns like Lincoln City, Depoe Bay, Newport or Yachats.

Traffic will be a big issue in the Seaside area this weekend, as over 1,000 groups of 12 runners each and a good 3,000 support vehicles will be on parts of Highway 101 and Highway 30, starting to hit the north coast on Saturday and Sunday.

ODOT said to look for lane closures and other issues around the Sauvie Island area west of Portland and at Scapoose. 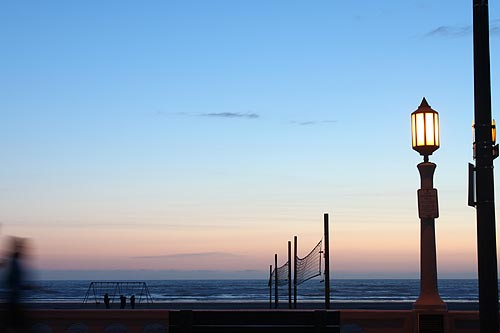 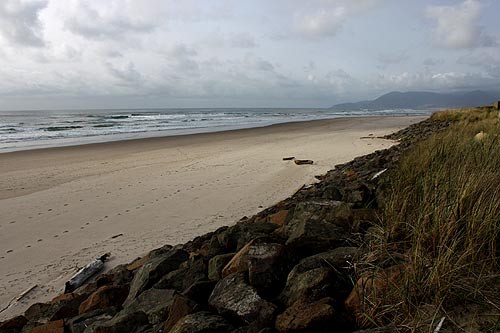 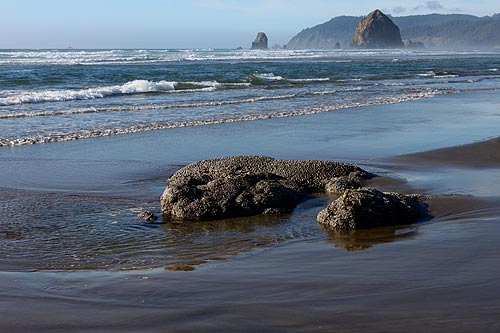