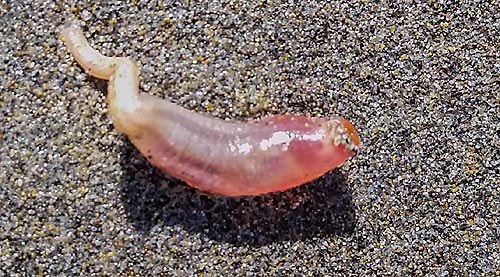 (Seaside, Oregon) – UPDATE: these are being found on the coast this week (Nov 2), although this article relates to an earlier event. See the Oregon Coast Science section for up-to-the-minute coverage of this and other curiosities found on beaches at any time.

Last month's major blowout of wind and rain rather infamously broke some records, wrecked a few structures and trees, and pretty much rained on the parade for those participating in the Hood to Coast running event. While it was known for pushing things down, that late August storm also dug something up. (Photos by Tiffany Boothe of Seaside Aquarium).

Weird little critters called burrowing sea cucumbers (Leptosynapta clarki) were suddenly found in abundance along the north Oregon coast, said Tiffany Boothe of Seaside Aquarium. She found them in the first couple of days of September, just after the storm of August 29.

“The large surf unearthed burrowing sea cucumbers, which were littering the drift lines of Cannon Beach and Seaside,” Boothe said.

Burrowing sea cucumbers are somewhat of a rare sight, as they stay well hidden beneath the sand, either a ways offshore or most commonly in bays and wetlands. However, they are quite common along the Oregon coast. Boothe, who patrols the beaches often, admits she's seen them only once before.

“The first time I saw them was last year when they washed ashore on Seaside beach,” Boothe said.

“They are commonly referred to as either burrowing sea cucumbers or skin-breathing sea cucumbers,” Boothe said. “They burrow into the sand, mud, or gravel and feed on the organic materials in the sediment. When cast onto the shore they resemble peanut worms and you may see them wiggling as they try to burrow back into the sand.”

Boothe said they're not like most other sea cucumbers, as they have no tube feet or respiratory tree. Instead, oxygen is exchanged through their body wall.

This particular brand of sea cucumber is found all over the Pacific Northwest, from British Columbia down to California and even Mexico. They are born in the springtime and immediately burrow into the sediment. By around August they reach their full size of about 35mm in length.

They are part of the echinoderm family, which makes them related to sea stars, urchins sand dollars and brittle stars. But being relatives doesn't necessarily make them a happy family. Two of their biggest predators are the sea stars and sun stars.

More of the burrowing sea cucumber below from Boothe, and more on the Seaside area at the Seaside Virtual Tour, Map. 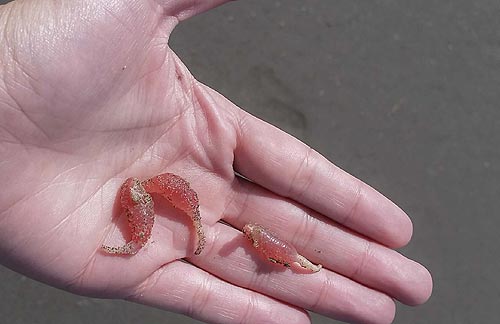 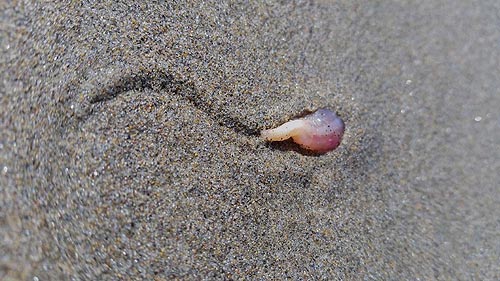 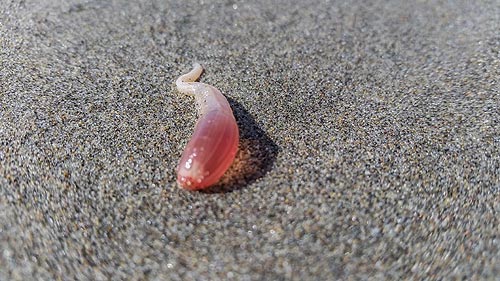 More on Seaside and Cannon Beach below: 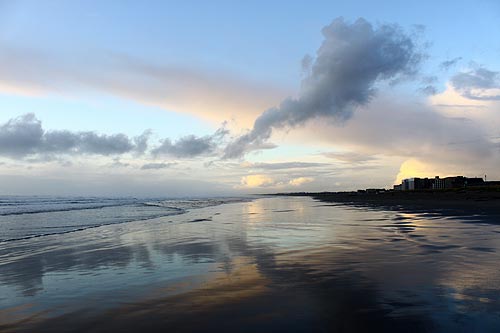