Oregon Wildlife Officials on Coastal Bird Watching from Your Car 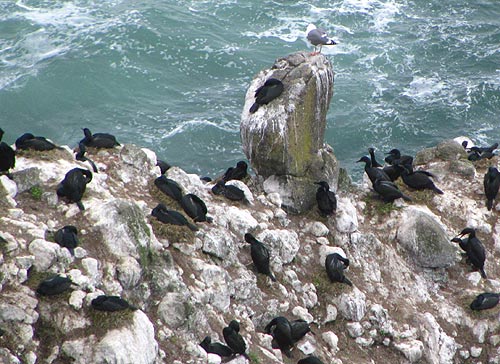 (Oregon Coast) – Oregon Department of Fish and Wildlife (ODFW) recently released some suggestions on how to go birding from the warmth and comfort of your own vehicle – something especially useful this time of year.

“If you want to watch waterfowl without flushing them, birding from your car is a good way to go,” ODFW said.

Besides keeping you warm and dry on these stormy coastal days, the car serves as a way to keep the waterfowl from being spooked. They're easier to watch.

ODFW suggested to park by any of the drivable jetties (such as the southern end of Newport's Yaquina Bay or at Florence), and this should enable you to see a variety of birds that winter along the Oregon coast either in the Pacific Ocean or within the state's bays and estuaries.

Or take a trip upriver and enjoy the abundance of wintering waterfowl like American wigeon, green-winged teal, mallard, and northern pintail. These rivers could include the Siletz by Lincoln City, the Nehalem River closer to Nehalem, and Beaver Creek near Ona Beach (close to Seal Rock).

Some hotspots for watching waterfowl are Eckmann Lake near Waldport, Coquille River Valley near Bandon and Tillamook Bay. There are many pull-offs along the Tillamook Bay between Bay City and Garibaldi. The docks at Wheeler on the Nehalem Bay are good for this as well, along with parts of 101 between Wheeler and Rockaway Beach that overlook the Nehalem Bay. 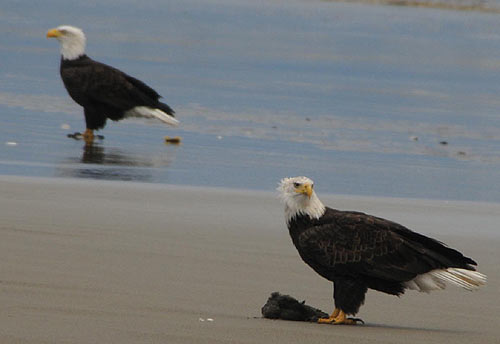 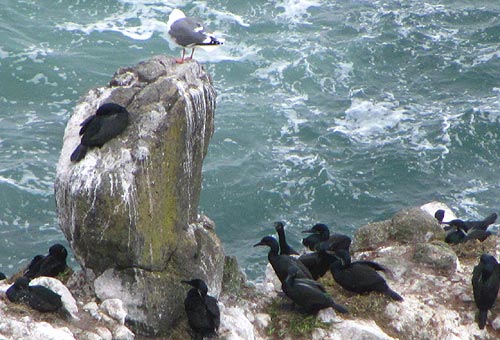 Near Florence. Below: stormy Oregon coast 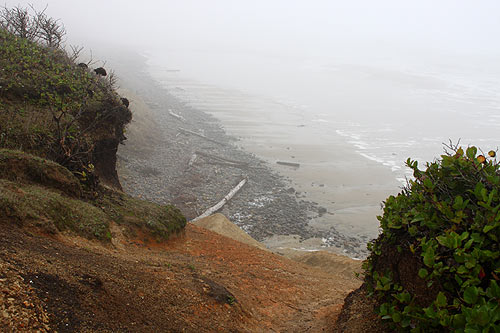