The monolith that visually best sums up Cape Kiwanda and Pacific City. It’s iconic, but it shouldn’t be confused with the Haystack Rock at Cannon Beach to the north.

Often, as you approach Pacific City on 101 just before the junction to town, you can see this rock in the distance, appearing as if it floats in the air.

One story has it that the original name of the rock was Chief Kiawanda Rock, named after the head of the local tribe - actually called the Nestugga (as opposed to Nestucca, which stuck to various area landmarks). 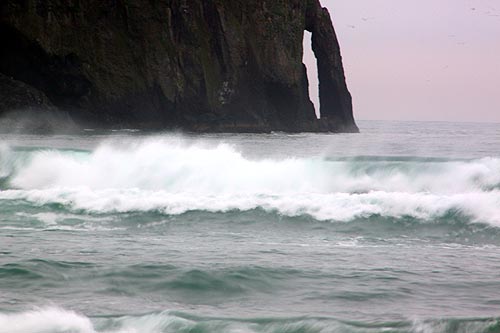 Obvious and the Hidden at Cape Kiwanda: Deep Inside the Oregon Coast Landmark
What you don't know about the Pacific City icon may thrill you. Travel tips, kids