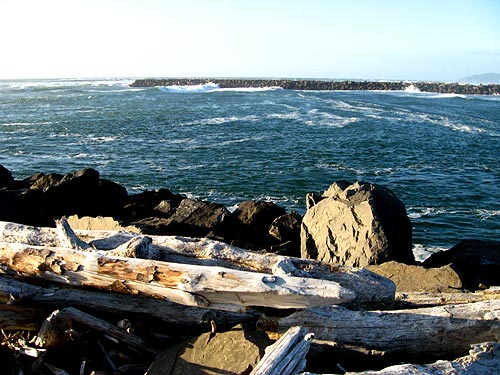 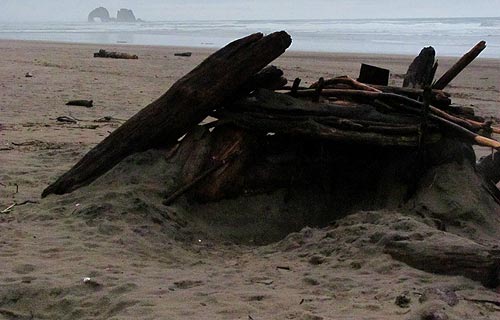 As you head south out of Wheeler, first you encounter the tree-lined rest of the bay, eventually coming to the Jetty Fishery and the mouth of the bay. From that spot, you can see the tip of the Nehalem Bay. Then, shortly after, the entrance to Nedonna Beach and the south jetty of the Nehalem Bay arrive in sight, allowing you access to hordes of boulders piled up so they aide the flow of the baymouth. This is the very northern tip of the seven miles of unspoiled beaches that is Rockaway Beach.

Some spots not too far from Nedonna Beach and Manhattan Beach get some interesting wave action. On stormier days, the tide takes jabs at the dunes here.

More about the south jetties of Nehalem Bay at Rockaway Beach:

One Oregon Coast Spot Has a Wild and a Calm Face - The south jetty at Rockaway Beach is a cozy, calm and yet paradoxically dramatic spot.