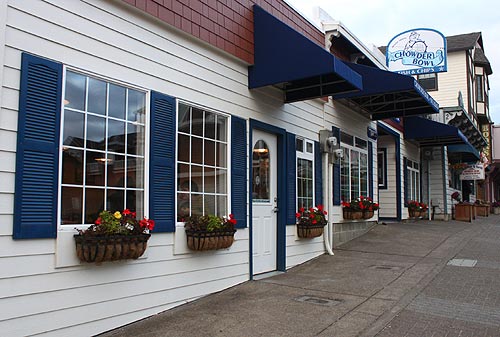 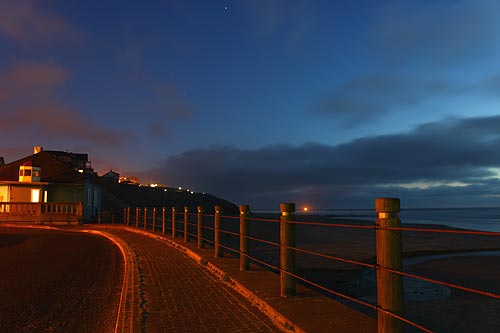 All throughout Nye Beach there is a sense of the fun and funky - and the whimsical. Even the restrooms at the Turnaround echo this with an art deco influence and one of those artsy chairs you find scattered about.

There's also this fun and funky hotel: the Sylvia Beach Hotel comes with rooms decorated in themes from different authors. There's the Hemmingway Room, with a safari theme and other elements of his life represented. Or there's the Dr. Suess Room, where various characters from the authors' surreal imagination are staying with you as well.

This old building was reborn in recent decades after having been the freakzone called the Gilmore Hotel, which had an unsavory but delightfully kooky history. Residents and regulars - usually slightly twisted Bohemians - used to hold "nudie parties" there (so named by participants), which was essentially a clothing-optional situation.

It couldn't have been pretty. 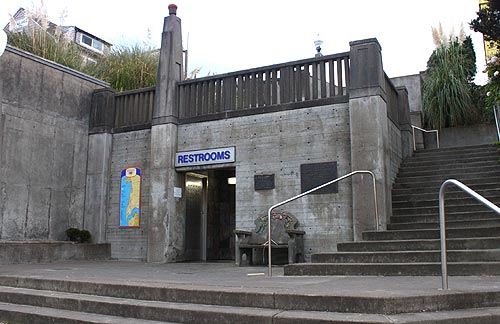 To Previous Stop
Artifacts of Nye Beach
To Next Stop
Strange Nighttime Nye Beach
Back to Newport, Oregon Virtual Tour