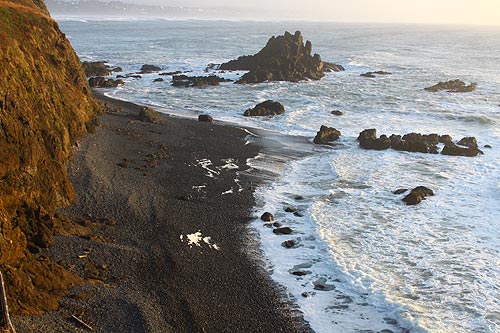 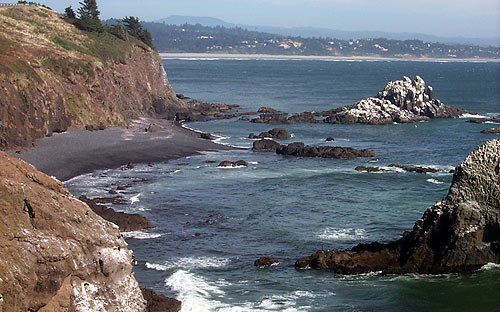 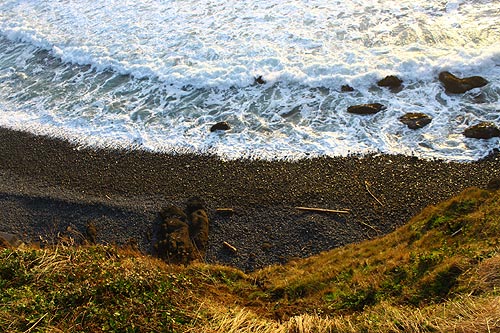 It's called Cobble Beach. A noisy beach with black polished stones is accessed via a long staircase. This one's a bear coming back up, but it's worth it. The large cobblestones make quite a rattling noise when attacked by the tide - which tends to hit here with sizable force because the tide line is at a fairly steep incline.

It makes a sound described as "magic rocks," which caused one beach on the north coast to get the name Magic Rocks Beach. To hear what Magic Rocks Beach sounds like (the same noise made by Cobble Beach) see the video.

The bottom two photos show the area at what looks like an extraordinary low tide. Notice how much bigger the beach is than above. This is actually caused by summer's extremely high sand levels, which create sand bars just beyond the normal tide, keeping it much farther out. This then opens up areas of the beach you never see, such as the massive basalt slabs lying beneath this curious beach. 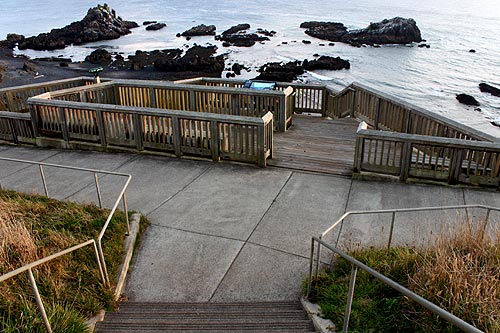 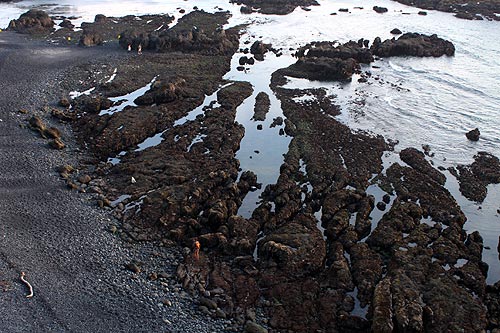 To Previous Stop
Lore of the Lighthouse
To Next Stop
Yaquina Head Birding Spots
Back to Newport, Oregon Virtual Tour