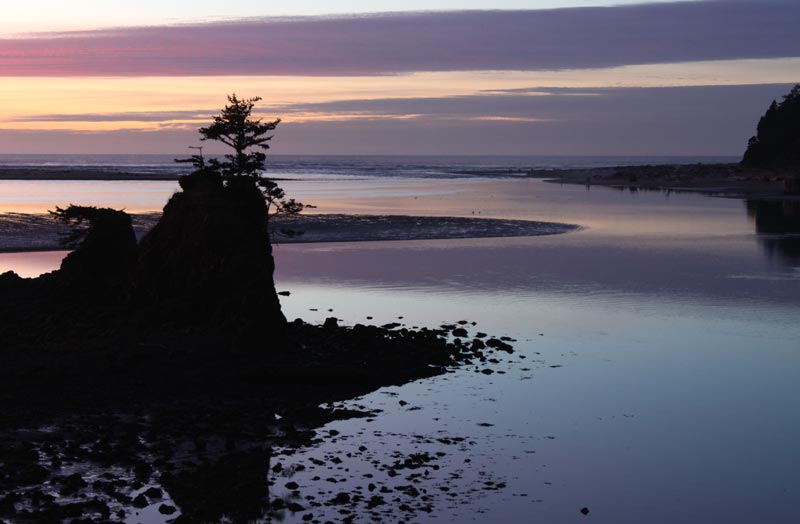 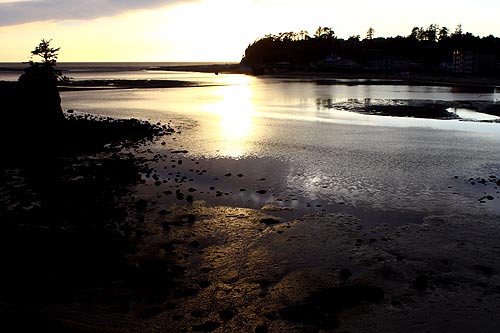 Now you'll encounter these views of the bay, including the Salishan Spit in the distance, from different vantage points along the bay.

Just south of the bridge after Siletz Bay Park, there’s a street on the west side of the highway called Keys Place. Take that and look for the signs leading to the park. This little wayside overlooks mostly mudflats of the Siletz Bay, but parts of it are traversable. There’s some dunes along the shore as well, plus picnic spots for the hungry.

As you look east on the highway heading south, you'll see Siletz Bay National Wildlife Refuge. You can’t miss the striking mountains and weird, barren trees near the highway. This is the wildlife refuge: home to many different kinds of seasonal birds.

Keep clicking to explore Glenden Beach, Lincoln Beach, Depoe Bay and the Otter Rock area - plus all the deliciously cool places in between.

Below: the refuge at night, in an eerie fog 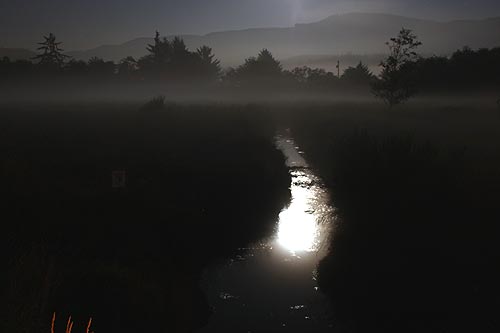 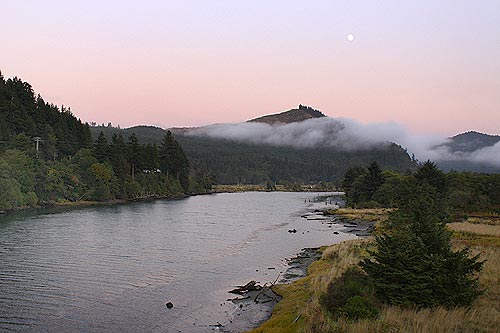 To Previous Stop
Taft and Siletz Bay
To Next Stop
Digital Walking Tour of Lincoln City
Back to Lincoln City, Neskowin Virtual Tour