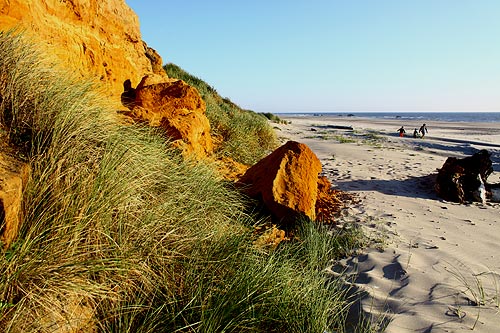 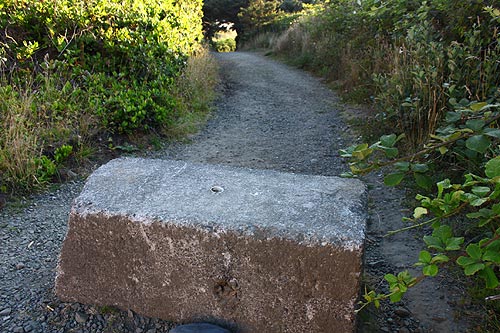 At the very northern end of town, between the casino and Road's End State Park, look for the sign pointing to NW 50th amidst the placid neighborhoods. Follow that to its end, where it meets NW Jetty, and you'll find an abandoned gravel "driveway" which winds its way down to the beach. Along the way, there's another tunnel-like path that looks a little like the famed Hobbitt Trail (see Yachats to Florence Virtual Tour), although that doesn't seem to lead anywhere.

Down on the beach, it's the only access for about half a mile in either direction. There are some interesting rock features here created by a crumbling cliff, and the sand is pristine and more than a little pleasant.

The bottom photo shows the beginning of the trail into this secret spot.