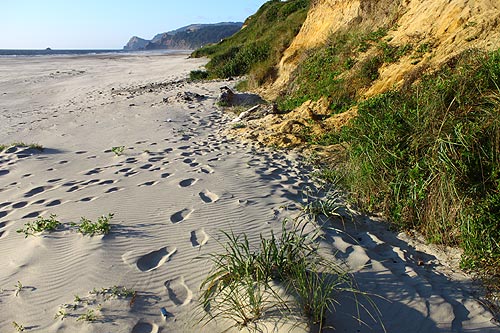 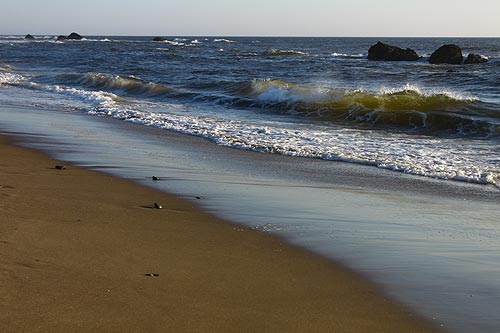 You exit the entrance to a bundle of large rocks and a stream running into the sand.

NW Jetty Avenue features a few beach accesses, although the street starts and stops as it runs north and south.

Back on 101, there are other such semi-secretive accesses. Take streets like NW 40th, 39th or 26th westward from 101 and you’ll find them. Other streets intersect with Jetty Ave. and take you back to the next section of that road. 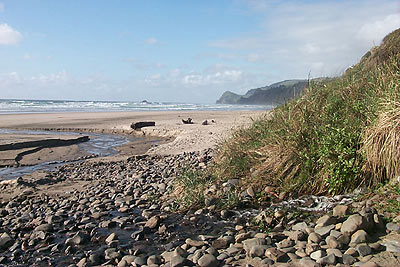