Somewhere in the dim and very distant past, perhaps thousands to millions of years ago, these chunks of basalt on the central Oregon coast were eroded by the tides into the shapes and outlines seen today. Jagged, zig-zagging and undulating is the shoreline just south of Yachats, right at the Lane and Lincoln County border. All created by the ocean beating the hell out of it.

Somewhere in that time, larger crevices were opened up, making some areas go back farther than others – such as Cook's Chasm. Then in the midst of that process, small pockets were created, essentially miniature sea caves just below the surface. Occasionally, these lose their topsides and cave in, creating holes. This was essentially what created the grand spectacle of both the Spouting Horn at Cook's Chasm and Thor's Well next to it.

Except with the opening that makes the spouting horn, the placement of the hole and other aspects of physics cause the ocean water to get squeezed through in just the right way that it shoots upwards in a dramatic gush.

Here is video and a moving .gif of this wonder, showing how the Spouting Horn at Cook's Chasm moves and how it sounds. The gif shows the ocean spray actually becoming fiery as it fires off, thanks to a sunset hitting it just right. Need a place to stay near here? 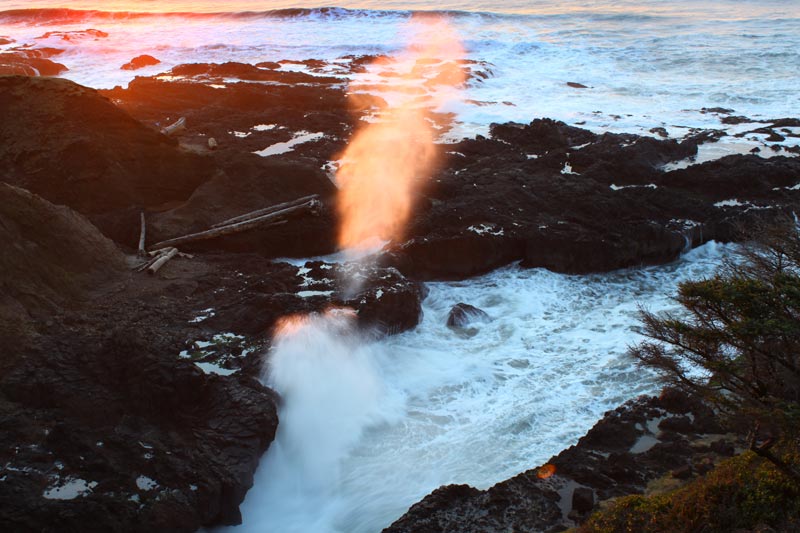