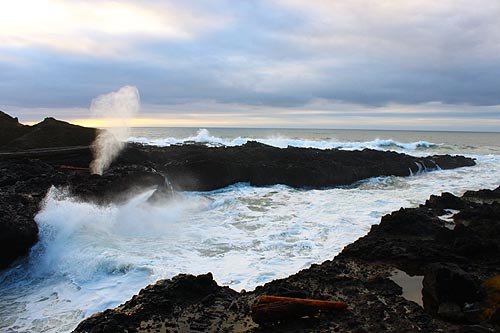 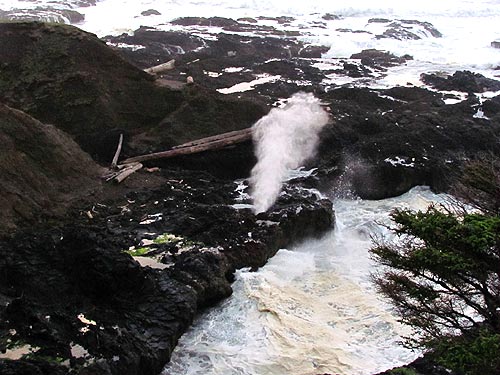 And here is the Chasm itself - in all its chasm-y glory.

This huge fissure in the basalt causes stormy seas to make a grand, spurting impression, shooting sea water high into the air. Meanwhile, visitors can explore the sea goo-covered areas near the waters edge. At the botton you see the Spouting Horn with no real activity. Need a place to stay near here?

Ever seen it lit up by sunset? Below is a unique version of this legendary attraction fired up by the colors of dusk, hitting it at just the right angle.

Geologic Wonders and Frights of Central Oregon Coast, Yachats Area About 50 million years ago there was (and still is) a kind of soft spot in the Earth's crust that allowed all sorts of enormous lava flows to erupt 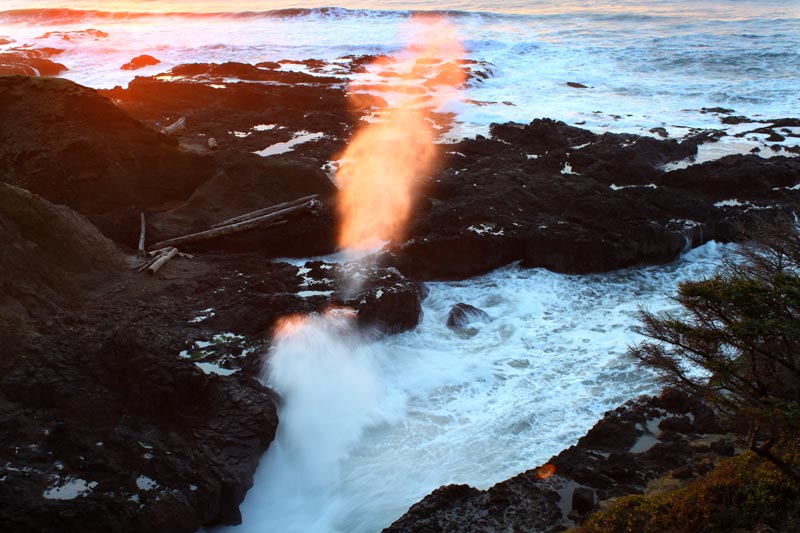 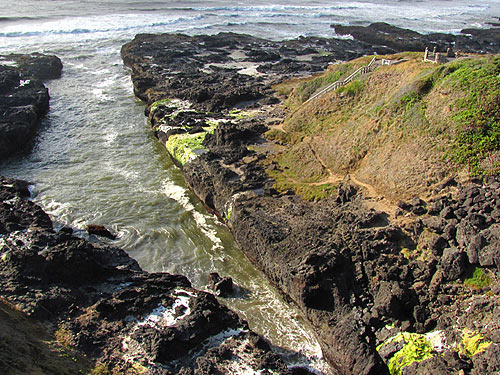