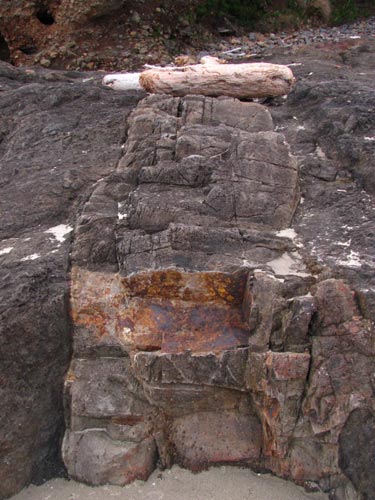 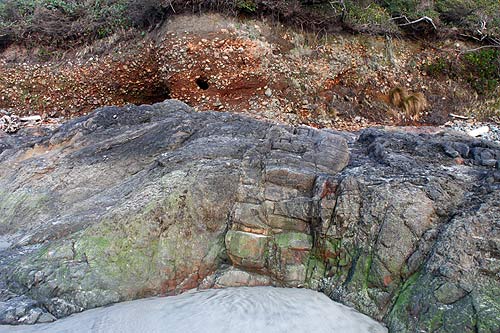 This beach access is technically part of Neptune State Park, although it apparently is officially named "Neptune South.".

At the tiny cove-like beach, curious rock structures abound, such as this one in the second photo, where the basalt has formed something like steps. These are known as cordwood joints in geology.

Even more spectacular: shell middens hidden in the soil layers of the cliff. These could be thousands of years old - the leftovers of ancient native Americans who tossed their seafood refuse into these piles. Some shell middens along the Oregon coast are found to be 4,000 years old. See the photo below. 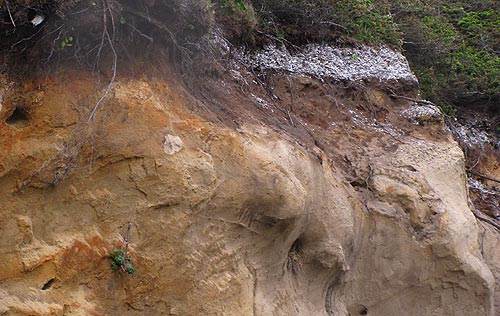