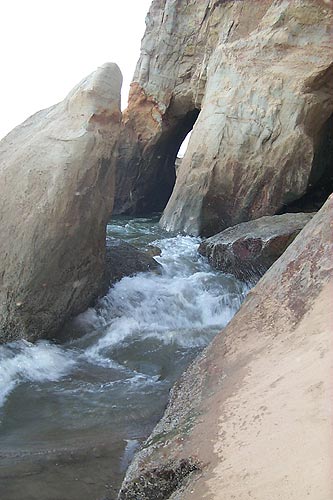 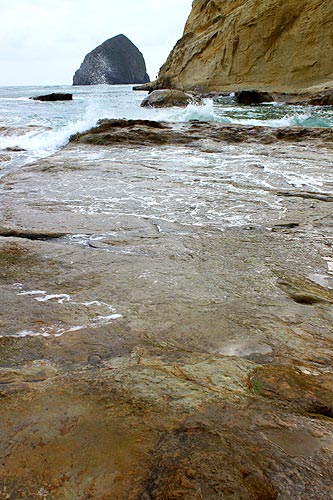 A variety of unusual features up against Pacific City's Cape Kiwanda are well known among the legions of devotees to Pacific City and this wild and strangely shaped chunk of land.

In winter, during really heavy storms, you can actually see giant waves smash on the other side of the cape – no small feat considering it is around 50 feet or higher in some spots near its western-most end. This means those are unbelievably enormous waves.

However, a fair amount of the time, conditions allow you to wander in close to the almost labyrinth of structures that line the southern face of Cape Kiwanda. Some tide pool spots lay around here, but mostly sandstone slabs where waves lick and crash these rocky flat surfaces.

An occasional cave-like structure or mini-cove of sorts lurk in some areas, though you can't always get to them.

Use extreme caution here, however, as plenty of people have lost their lives playing around this area. Don't go near it except in the calmest of conditions. 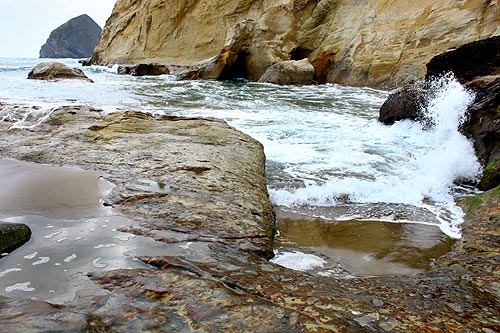 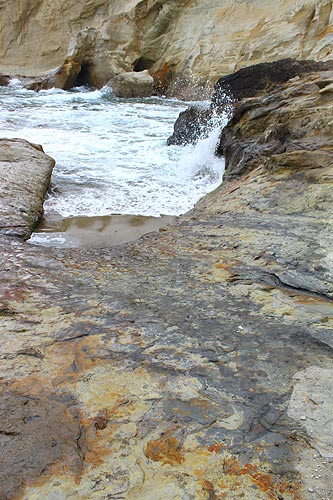