(Depoe Bay, Oregon) – If the idea of soft sands that seem to go on forever isn’t enough to make you want to visit, then perhaps the details of this slightly off-the-beaten-path beach would.

Between Depoe Bay and Lincoln City sits Gleneden Beach, with a terrain completely unlike the rocky ledges of Depoe Bay but sands that are decidedly more dramatic than those of Lincoln City. The place has its own moods to be sure.

The main beach access – Gleneden Beach State Park – shows that aspect very quickly. In the photo above, after descending a short path through a lush forested canopy, you find yourself looking at white sands and golden cliffs on most sunny days. 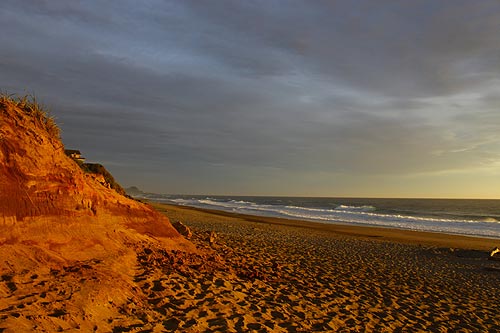 In the photos here, however, Gleneden Beach’s cliffs turn some wild shades near the end of some sun-drenched days, as the dusk causes the place to glow in an ethereal manner.

Another fascinating aspect of this area is the steep tide line. Parts of Lincoln City have this, but here the sand forms a steeper rise next to the ocean – instead of a gradual rise you have at most beaches. The result is a dynamic where waves come slamming in rather fast and hard, but dissipate in power quite quickly. It’s alarming and disconcerting at first, but once you get used to it, it’s a kick in the pants. 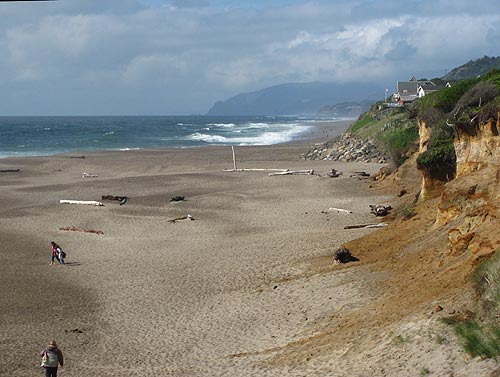 The sand itself in this area is always a bit curious as well. It’s comprised of the usual whiter, softer sands, but mixed in spots with courser, darker granules. So you get spots where the sand darkens a bit and feels rougher to the skin.

Hence, there are even more colors and moods to Gleneden Beach. 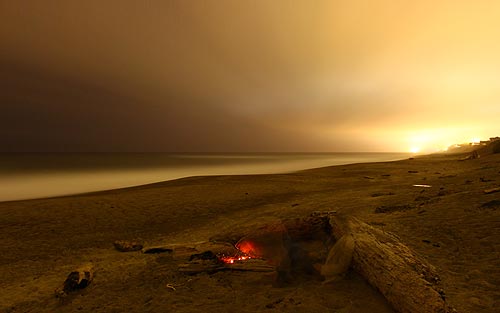 Aside from its disposition during the day, after dark it has a sublime beauty as well. Depending on the sky conditions, the stars can open up to reveal some intense galactic vistas, or cloud cover or fog make for wild displays as various light sources bounce through the atmosphere. 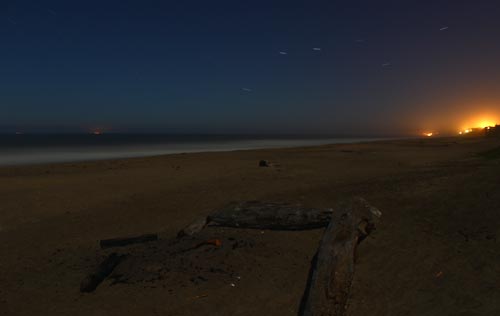