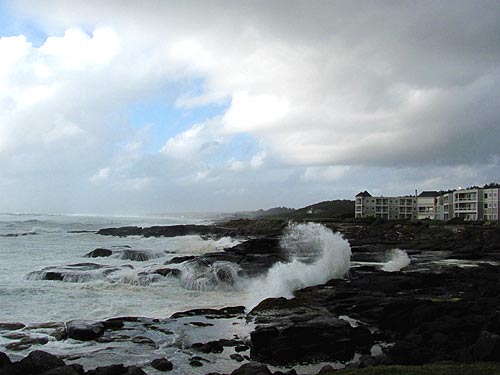 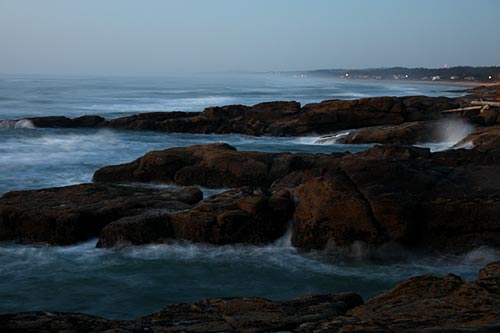 At the northern end of town there's the 804 Trail, which is a mile-long paved path running next to this jagged, alien-looking and always spectacular shoreline. It all begins at what is known as Smelt Sands Recreation Site.

Find Lemwick Lane – or just follow the state signs – and you’ll wind up at the famous Smelt Sands. It’s here that the paved, handicapped-accessible 804 Trail begins, and the gravel parking lot greets you with some informative signage about the geology and history of the place, as well as a metal sculpture by a local artist.

The spot was so named because it was heavily used in the pioneer days for dip netting of smelt – small, silvery fish considered quite tasty. There are also restrooms here.

In the shot at top, some massive wave system helps create a wondrous portrait as it curls upward in a display of watery pyrotechnics. All these features are easily accessible along the shoreline, which is covered in either pavement or thick, rocky mass.

The other photos show the spot in different years and moods, including the area at dusk. 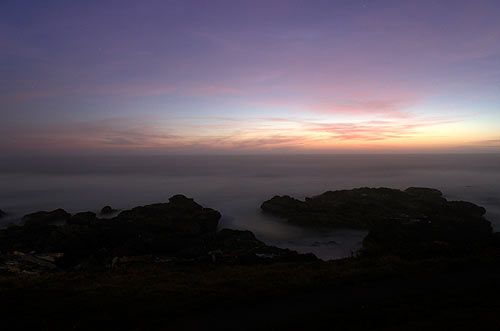