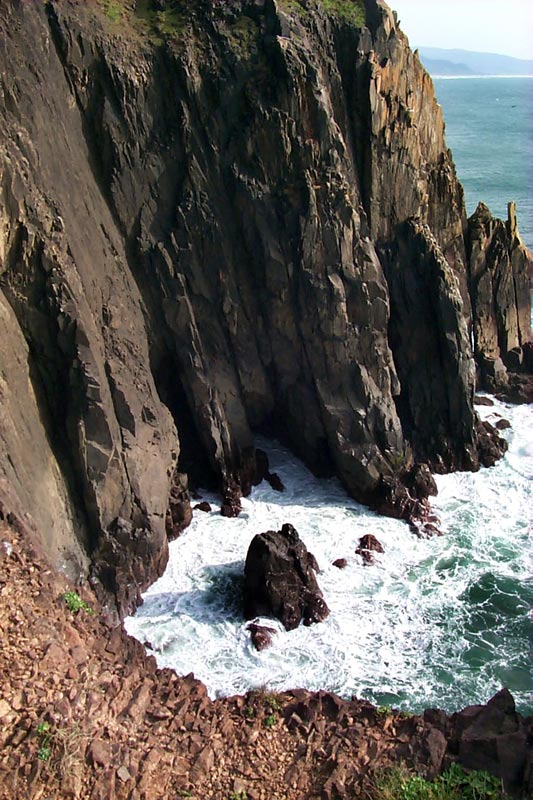 You eventually come to a sudden drop into the ocean, where the cliffs have an abrupt end, looking straight down some 50 feet into boiling, tempestuous surf. There are no barriers here to keep you from falling, so stay well clear of the edge.

But look around and you'll take in something truly extraordinary. Craggy, ragged basalt structures rise on either side of you, covered in greens, foliage and trees at their tops, but hosting strange shapes that resemble the post-apocalyptic cathedrals in the original "Planet of the Apes" flicks. To the south, the basalt resembles crumbling, aged columns, as if now their contours no longer even vaguely held the lines carved into them by those who constructed this mythical cathedral. Instead, they plunged into a swirling mass of angry sea in a half circle of a writhing, deadly bay that is hungry to further destroy the columns' aesthetics. It's creepy and beautiful all at the same time.

Keep on clicking to look below. 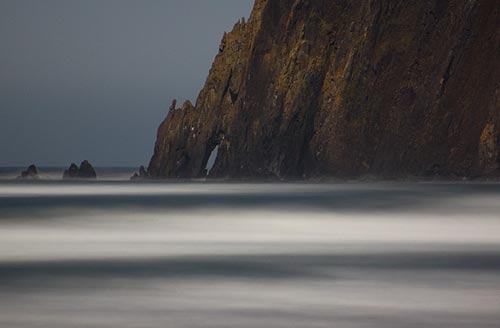 More photos at the NEXT STOP button of the Neahkahnie Mt. Virtual Tour