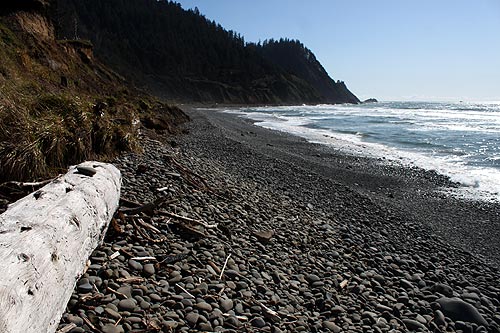 The southern section of the beach changes radically, becoming primarily large boulders and rocks, perhaps about a quarter mile of strange formations and large logs, including an arch-like structure near where this rocky patch ends. The wave action is a little wild here in spots, so you’ll need to keep your eye on it. It is a spectacular and wild area, filled with interesting moments left and right. Check out the cliffs closely and you may spot fossils buried in there.

In November of 2004, Oregon Coast Beach Connection ran this piece about one fossil find:

In the summer of 2003, I found an intriguing object embedded in the rock while wandering the hard-to-traverse rocky chunks of a hidden beach spot around Oswald West State Park (at the end of Falcon Cove Road).

Having seen the fossilized remnants of trees embedded deep in the basalt caves at Silver Creek State Park, I wondered if this was animal or vegetable. Luckily, one of the Oregon Coast's foremost experts on fossils happens to be our columnist. Guy DiTorrice clued me in. 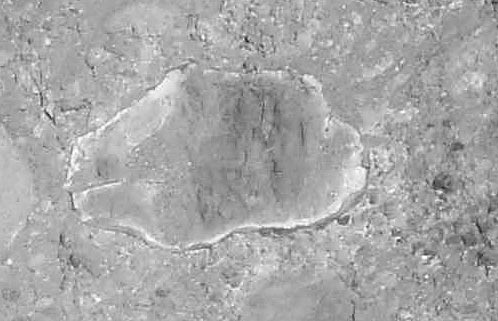 He told me it was a "rock scallop, seen from the interior, with the hinge line on the left side. Take a wire brush to it and you'll see the high-sheen polish. The backside (still embedded) will be ruffled design, usually pocked with worm- and clam-drilled holes."

So, what is a "rock scallop," I asked. I wondered if had something to do with that old B-52's song, "Rock Lobster?" He said they are non-swimming scallops that attach themselves to rocks near the shore. He added the scallop is the logo shape used by Shell Oil Co.

The next logical question then is: how might this fossil be? Guy said the brownish rock color indicates Astoria Sandstone, which "could be as young as 12 million years old, and as old as 17 million."

If that's not cool enough, Guy provided some interesting tips about their modern-day descendants. "They are great eating, have much larger muscles (the meat) than the commercially-harvested swimming scallop cousins."

DiTorrice was known as "Fossil Guy," leading tours around Central Coast beaches to show you how to find all kinds of fossils - until he moved to the midwest in recent years. 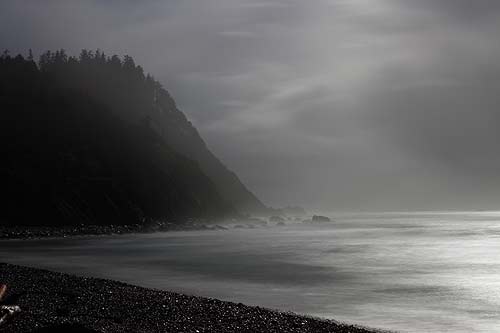 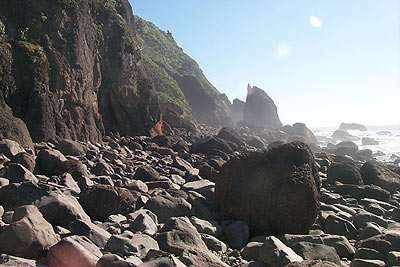