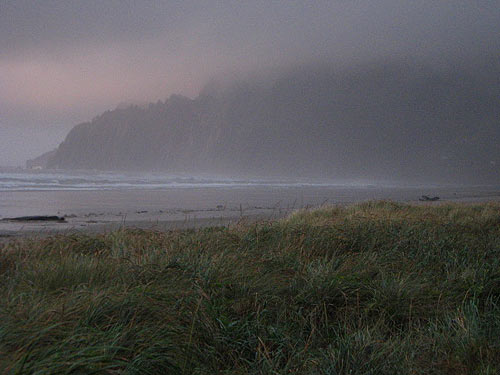 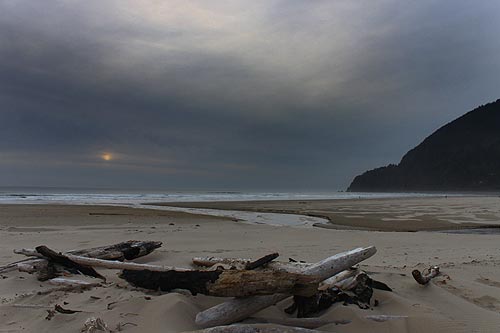 Depending on the amount of sand lying around that time of year, different rock objects appear on an otherwise smooth, barren beach. One rock looks a lot like a chair from some angles, with a large crack going down what would be its back. This barnacle-covered oddity has a much more indistinct shape, however, and sadly it's not a shape suited for sitting.

The delicious stuff of Manzanita is a short walk away, containing several eateries, grocery stores and gift shops within blocks. Public restrooms are now only a block up from the beach access on Laneda Ave. (it used to be much further).

Manzanita and mysterious Neahkahnie Mountain have their different moods. Often, Neahkahnie is smothered in mystical mists - continuing its legends of ancient Native American gods that ruled from that peak. 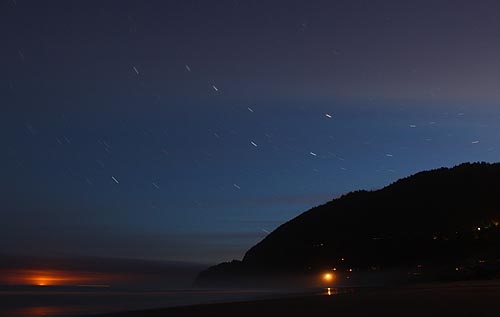 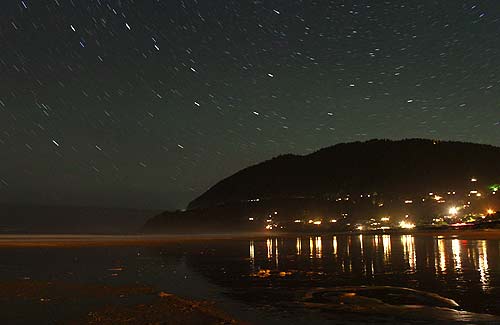 Manzanita at night, with the Big Dipper hovering over Neahakhnie. 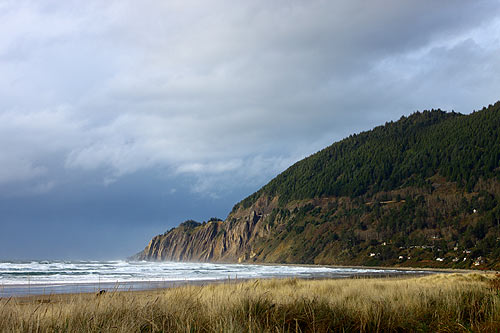 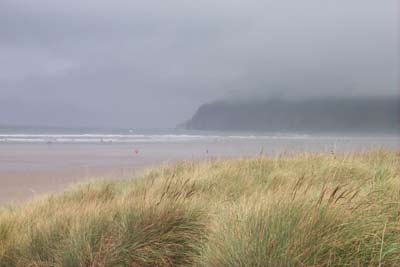 To Previous Stop
Beaches of Manzanita
To Next Stop
Manzanita in Clouds at Dusk
Back to Nehalem Bay, Rockaway Beach, Manzanita, Wheeler Virtual Tour