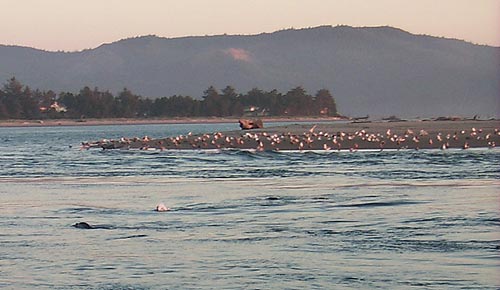 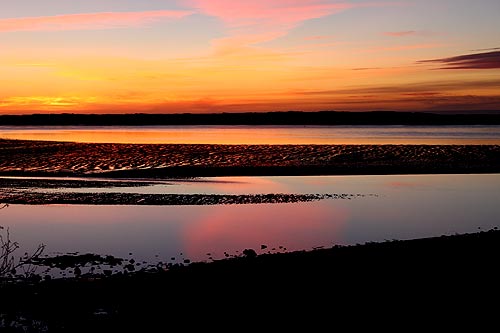 On the beach at the northern end of Siletz Bay, there is a bend just before you enter the bay and the community of Taft (if you’re walking on the beach from the north). At this bend, the low tide can yield some intriguing, odd colored rock formations at the tide line. And across the bay is a kind of refuge which is often the home of a great number of seals, especially in the winter months. Their barking and carousing is always an occasion for pause and amusement, and aside from the Sea Lion Caves near Florence or the Bayfront in Newport, it's the closest you can get to these boisterous creatures.

You can see them bobbing in the water in the photograph above.

Also, simply zoning out on the mesmerizing waves wandering back and forth in the bay is one of the area's sublime pleasures.

All this is accessible by 51st St., just before you leave Lincoln City. 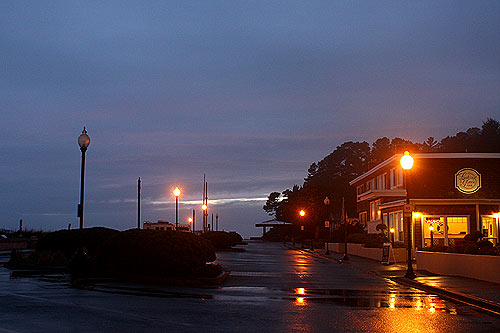 Above: the Taft neighborhood. Below: Siletz Bay. 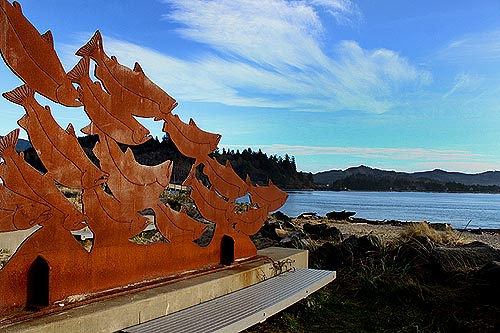