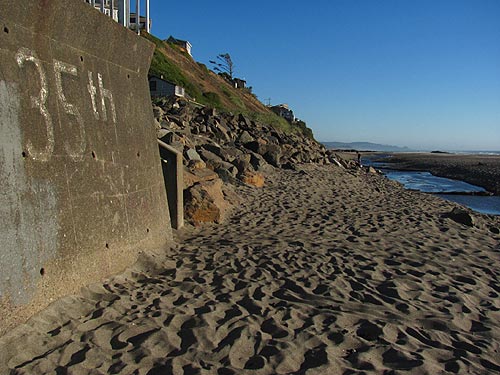 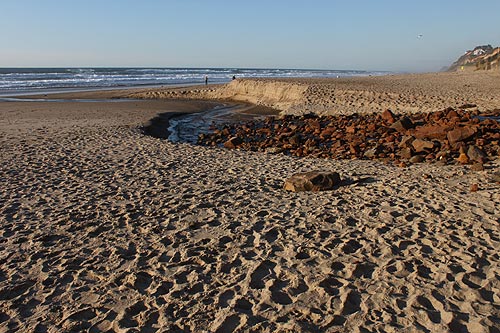 Once upon a time, the area now known as Lincoln City was a long strip of five tiny towns called Nelscott, Delake, Taft, Oceanlake and Cutler City. But in 1964, locals took a vote and combined forces to become this long, meandering town.

The Nelscott area lies just north of the enormous Inn at Spanish Head, including a large bluff that’s been turned into a winding street full of beautiful homes. There’s also the businesses district here, where you’ll find some scrumptious eateries, a year-round Christmas shop and various beautiful lodging on 101 as well as on the streets skirting the beach.

Take a turn west on 32nd St. and you’ll find one of the more prominent beach accesses of the area. But down at the end of 35th St., there’s a tiny parking lot with beach access that’s especially delightful. A few hundred feet to the south you’ll find some fun rock structures for climbing (at acceptably lower tides, that is) and the beach below the Inn at Spanish Head.

All photos here are from the 35th St. access, which includes this little stream. Note how different it looks in summer (below) with more sand levels, and then in winter (above) with sand levels quite low and gravel beds showing. 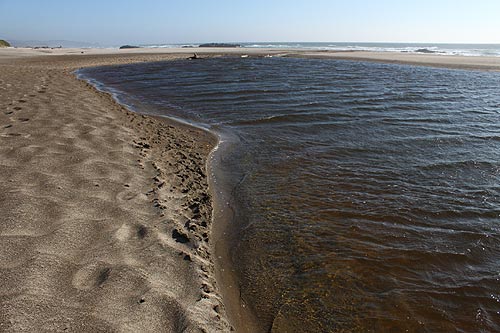