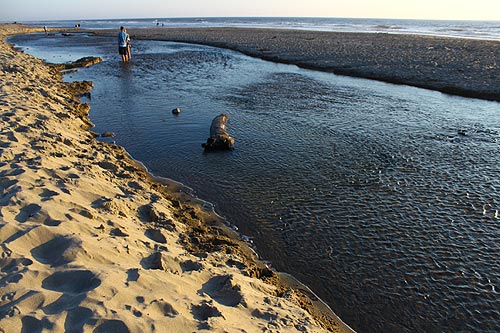 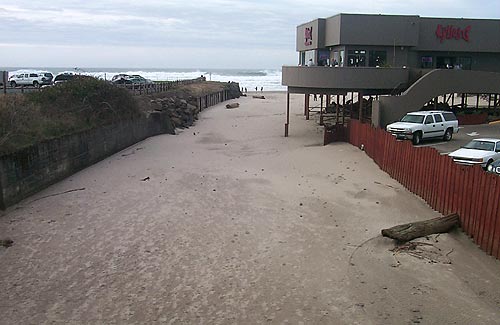 A big parking lot with all the facilities, viewing platforms and a sometimes-wild surf greet you here. In between, there’s tons of sand and a creek for recreation. Sometimes, the city places volleyball nets on the sand here.

The D River says it is known as the shortest river in the world, but there is no official designation of this.

There is a persisting rumor that goes as follows: A few years ago, some grade school kids in Montana disputed this and almost won that honor for a river in their town. These days, the Guinness Book of World Records lists both rivers as shortest.

Wrong. It never was officially listed in Guinness. For more on this story, see the "claims" article here, and what Guinness officials actually say about either rivers.

The second photo shows the D River at such low levels that it is nearly non-existent: it stops somewhere short of the bridge that normally spans it and does not make it to the beach.

The first photo shows how higher sand levels had changed the course of the river for part of a summer. 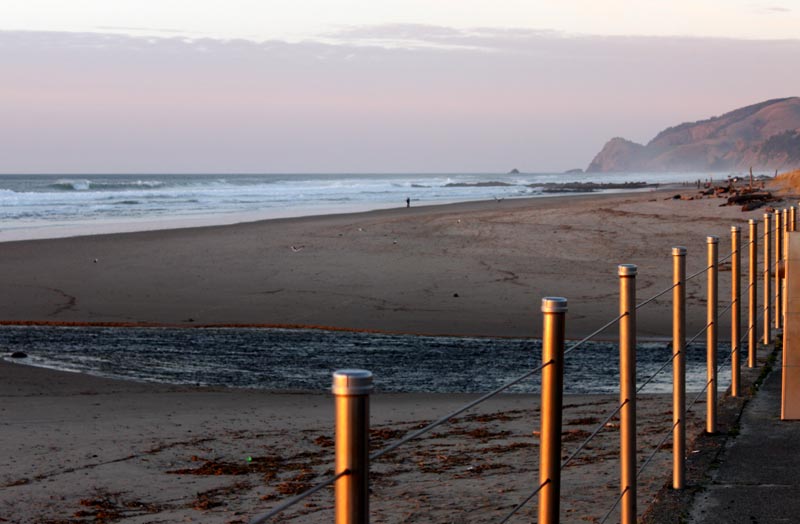