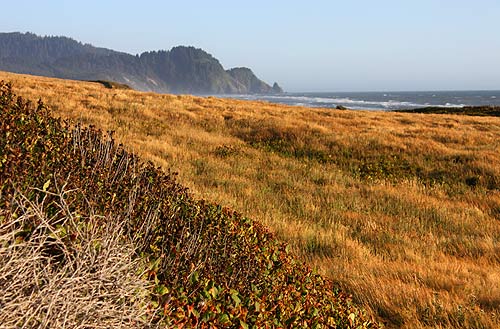 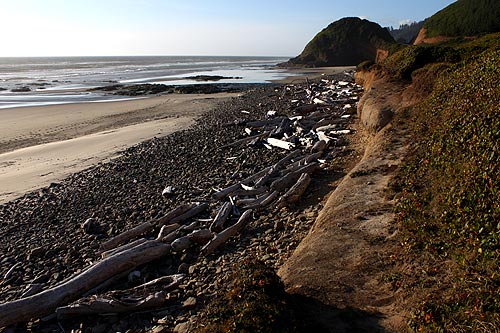 If this bluff looks familiar, that's because it's the same mound of rock and ground that forms the end of Ocean Beach Picnic Area just on the other side: it has an identical indentation on both sides.

But the real discovery is the beach. If you’re not camping here, you can find this gem by looking for a couple of unmarked dusty patches on the side of the road immediately south of a small bridge – and just the other side from the headland at Ocean Beach. You’ll find a long stretch of bluffs which allow you access to Roosevelt Beach at various points.

You’ll find this charming creek spilling into the ocean. The strand wanders on for a while and disappears out of sight beyond the sandstone bluffs, meanwhile dotted with intriguing rock structures and covered half in stones and half in sand.

It’s a fascinating and enchanting spot, made more so by the fact it’s largely hidden and very unpopulated.