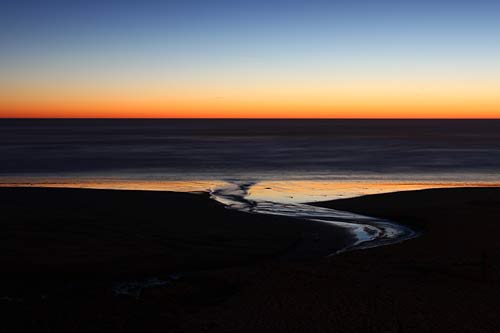 Between the ends of NW 35th Street and NW 34th Street, not far from some of the major attractions in Lincoln City, sits a beach access that’s tucked away from the throngs just a bit more than the other access points.

It’s not far to the tide line from here – depending on conditions – and even in stormier moments this broad sandy beach usually provides plenty of distance and safety from the manic waves. Like many other beaches in Lincoln City, it often has a steep slope at the tide line that causes the waves to rush in fast and hard, but then dissipate softly at your feet.

Another nice touch here is a memorial to people’s dogs that have passed on.

Some city documentation has it called the NW 35th Street access, while some call it Grace Hammond Access. It's actually a part of NW 35th Ct. Who knows who's correct at this point?


To Previous Stop
Lincoln City Beaches at End of NW 40th
To Next Stop
Clifftop Drive
Back to Lincoln City, Neskowin Virtual Tour