(Depoe Bay, Oregon) – A popular place by most any standards, it's a central Oregon coast hotspot that still has a bit of a secretive vibe to it. Fogarty Beach State Recreation Area, sitting a couple miles north of Depoe Bay, manages to coax in hundreds a day during fairly populated times of the year, and yet there is still a lot about it that's relatively undiscovered.

Fogarty Beach, with calming Fogarty Creek cutting right through it, is a spot full of wonders both subtle and standing in plain view. You start out trudging through a thick forest canopy that hides a few nooks and crannies of its own. Make sure you spend a bit of time exploring the trees sometime. 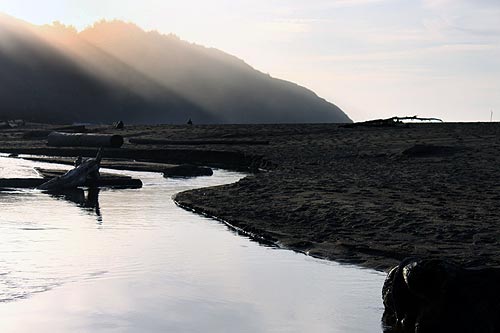 The wooded surroundings quickly give way to the creek and a passage under Highway 101, and then the wonders begin – again. If the area is misty at all, you're in for some fine visual nuggets, such as the sunlight traversing through layers and branching out into a variety of colors. This is especially lovely along the stream.

Immediately, you'll notice the unusual nature of the sands here. They are enormous grains, often like tiny rocks. This makes walking barefoot a bit uneasy and flip-flops an exercise in patience as you're forced to shake out the larger chunks.

Head to the left and encounter the large blob rock that preoccupies the view from much of Fogarty Beach. Here, the storm waves can get impressive, leaping into the air with ferocity as they hit the basalt and jagged shapes. 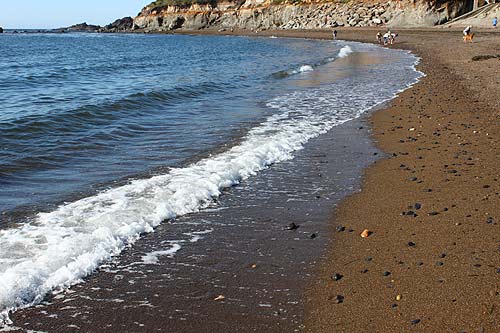 The right side of this miniature cove gets awfully rough when waves get big, and you can forget about the entire area during actual storms.

But in calmer conditions, the right half of the beach is an engaging half circle where really interesting stuff is found. 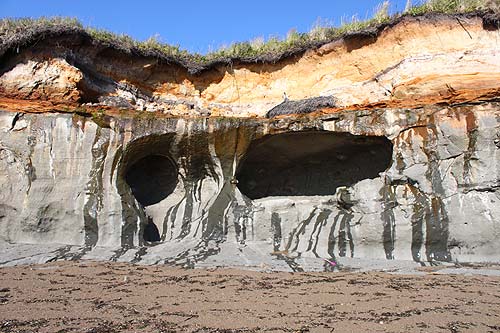 Among the highlights: those large holes in the cliffs. Technically, they're caves, but really small ones. Unfortunately, they sit too high to climb in. Even so, you would want to stay out of them in case the cliff decides it doesn't like you and starts caving in.

Look closely at the weird, almost alien rock shapes when sand levels are low around this place. Some truly awe-inspiring little surprises lurk in the surf here.

A totally secret beach sits on the other side of the rocks at the far northern end, close to the cave-like holes. This is the cove beneath Fishing Rock State Recreation Site, just down the street from Forgerty Beach. On rare occasions, this beach becomes briefly accessible. Very rarely, however. 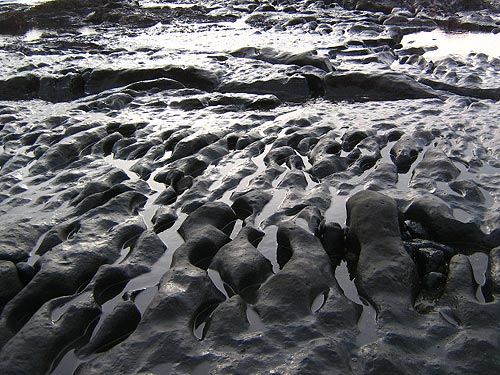 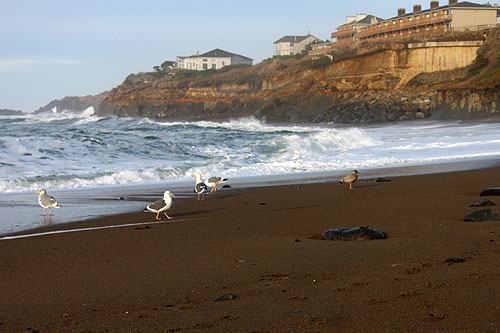