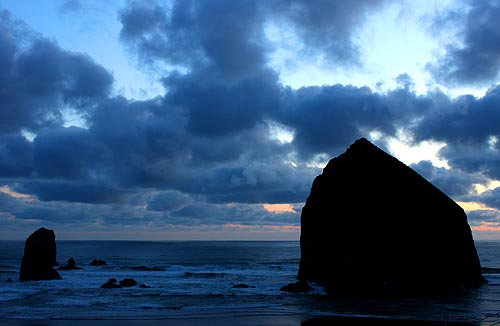 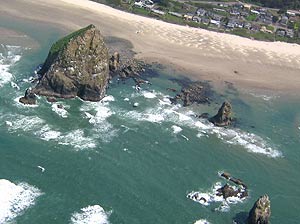 It's the big recognizable landmark of Cannon Beach, and one of the most photographed beach spots in the world – certainly in the state of Oregon, anyway. The main seastack is called Haystack Rock (not to be confused with the Haystack Rock at Pacific City, some 70 miles south), and the two accompanying rocks are called the “needles.”

Head into “midtown” Cannon Beach and you’ll find the most commonly used access to these remarkable seastacks at the Ecola Beach Ramp, just off Sunset Boulevard.