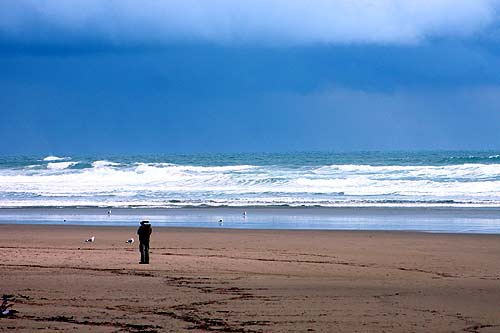 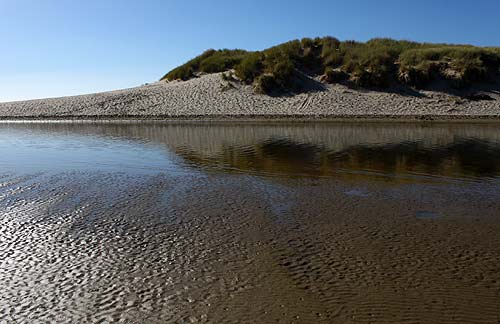 At the end of Second Street, in the heart of Cannon Beach's downtown, the street gives way to this pretty viewpoint and access to the beach. It is a common spot for pedestrians to gather here and gawk at the sunsets, which acquire added glory when the colors reflect from Ecola Creek.

Ecola Creek is named because of a similar word from local tribes that meant "whale," as this was where part of the Lewis & Clark troupe trekked to see a beached whale found by local tribes.

Find out more on how this creek played a role in Cannon Beach's history and name: Quirky Oregon Coast History: How Cannon Beach Got Its Name- In actuality, there were two Cannon Beach's. The one we know now with that moniker did not have it in the beginning, and how it eventually got its official name is a tad amusing 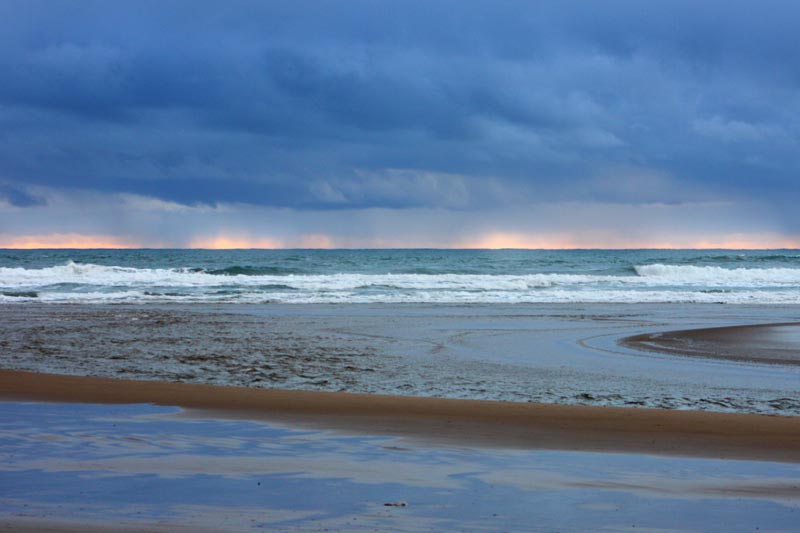 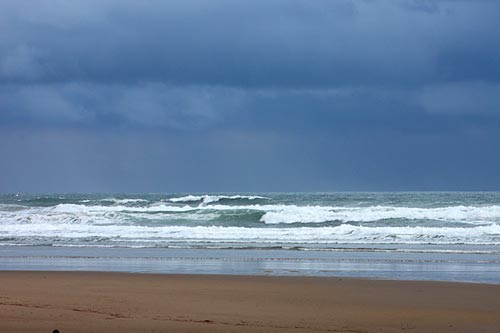