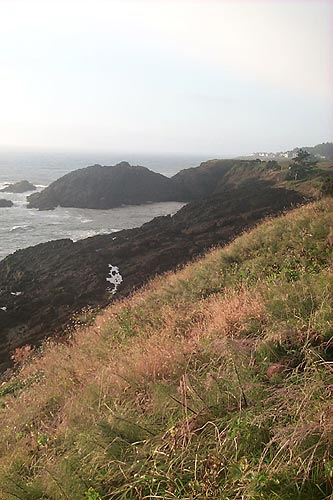 This part of the central Oregon coast - about eight miles from Fishing Rock State Recreation Site to the southern edge of Cape Foulweather - is yet another remarkable chunk of rocky shoreline where things explode more often than not.

Here, as Highway 101 going south to Newport hits a stark turn and fork in the road, the tiny roadway jutting off towards the shoreline is called Otter Crest Loop Road. At this junction sits what is called Rodea Point: basically an informal viewpoint where a gravel pullout allows the traveler more means of watching massive waves do their pyrotechnics.

It doesn’t happen all the time - but certainly more than half the time in winter and spring months you’ll find these basalt ledges the recipient of routine batterings by enormous waves. They can tower far above you, often by 20 feet or more, then crash on these rocks with an intense, even frightening noise.

Because of this, you’ll want to stay away from the temptation to go walking down to these ledge areas. This is an area that can and will kill.

But the show up on this bluff is full of never-ending wonders.

At night, especially if the moon is lighting things up at all, it's an otherworldly place that really gets crazy and spectacular.

More on what this feels like: What You're Missing on Oregon Coast: Waves After Dark 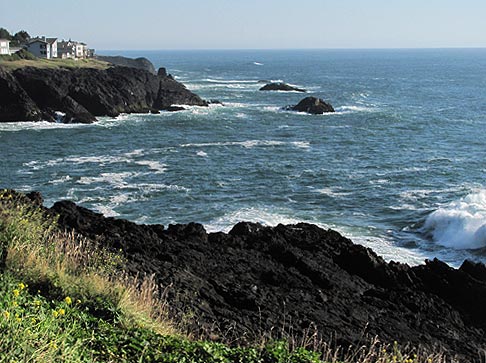 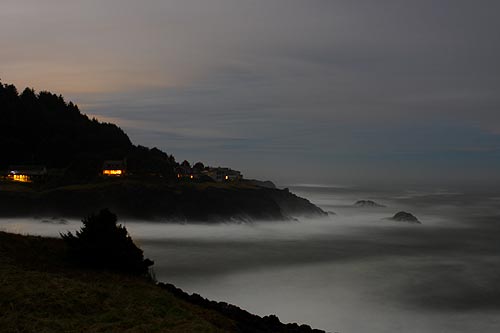 The same view from Rodea at night. 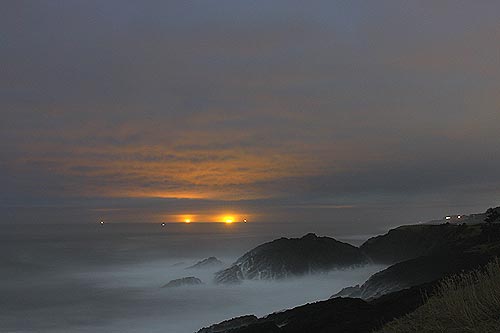