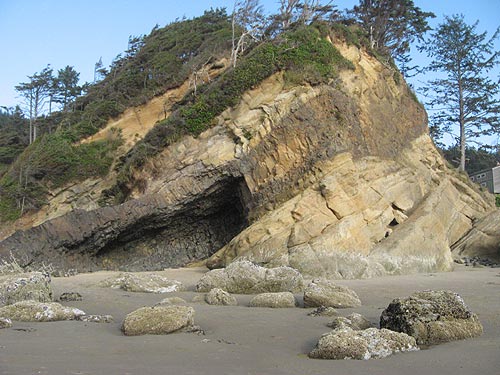 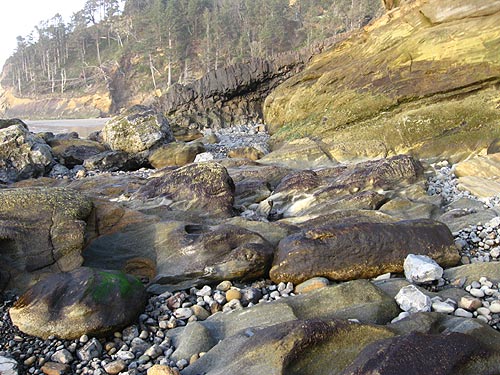 More signs of odd geologic upheavals in the diagonal, tilted rock structures, indicating these rock layers were thrown up into an angle, probably more than once. Today, these mean opportunities for climbing and walking inside for the child in all of us.

The second photo shows the same area at an extreme low sand event: you can see how low sand levels can get and how much it can reveal. Below, you can take the incredibly detailed walking tour.

A Look at the Crazy Things Oregon Coast Sand Levels Can Do Each winter storm season, Oregon coast beaches get scoured of sand

Below a Very Detailed Walking Tour of Hug Point - Walk Hug Point, on the north Oregon coast, near Cannon Beach. You begin by walking south, just into Arch Cape, then you walk back northward again until the end of the park's ancient road. It's an incredibly detailed slide show, almost foot-by-foot, and the closest to actually being there. Except here you're actually walking through space AND time, with multiple views of some features and how they look at different times of the year. 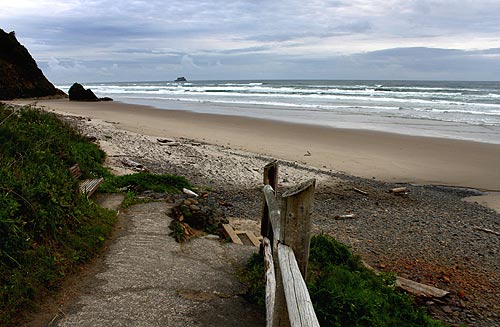 It begins with the walkway, then moving south to north 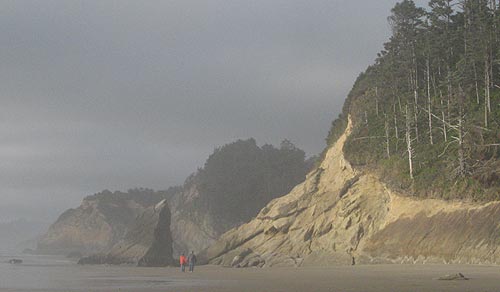 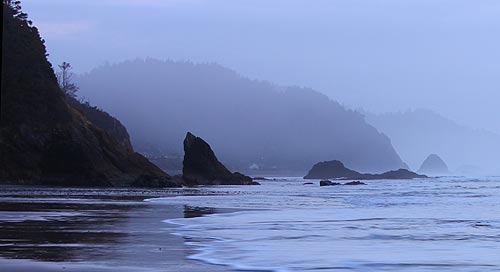 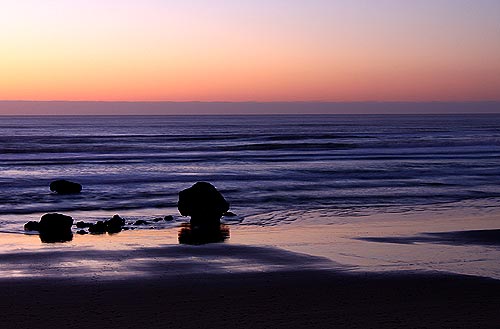 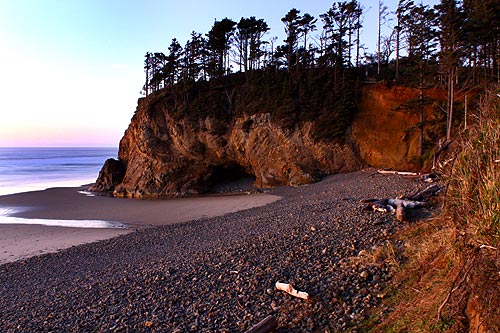 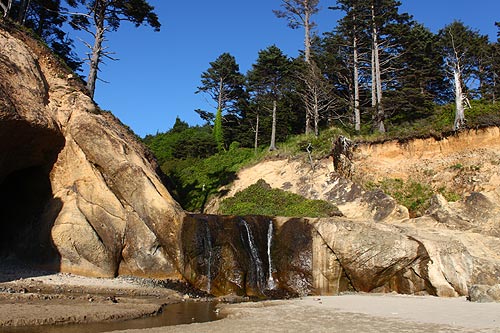 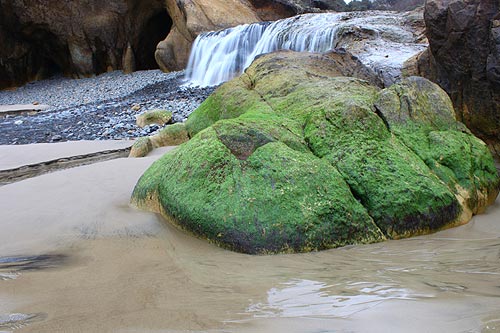 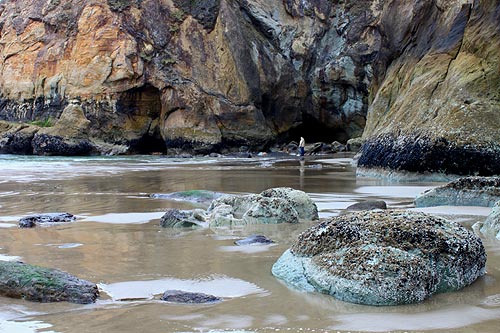 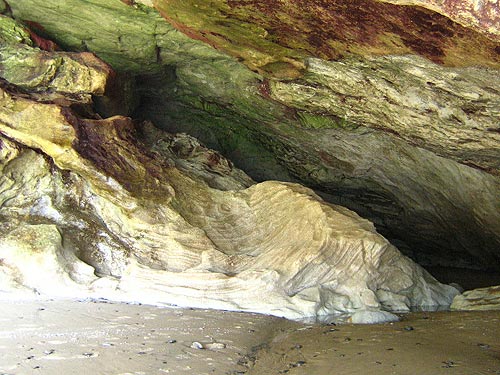 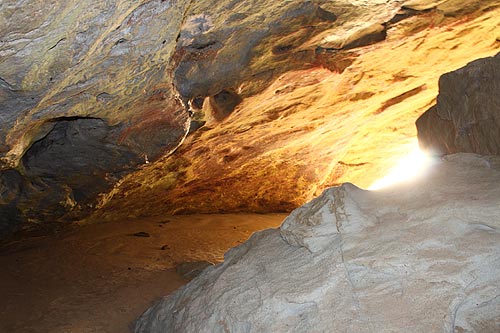 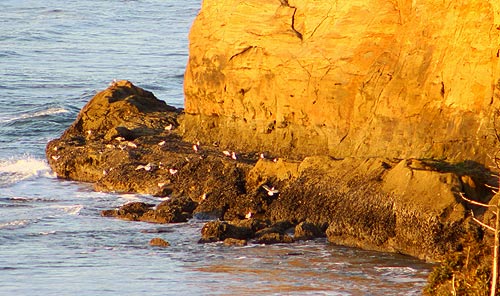 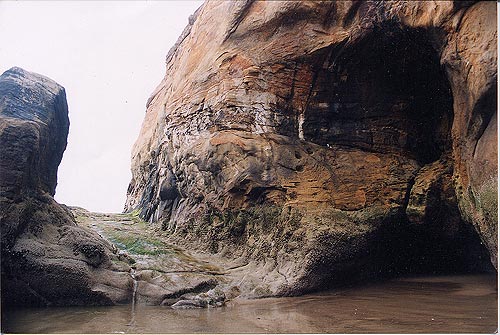 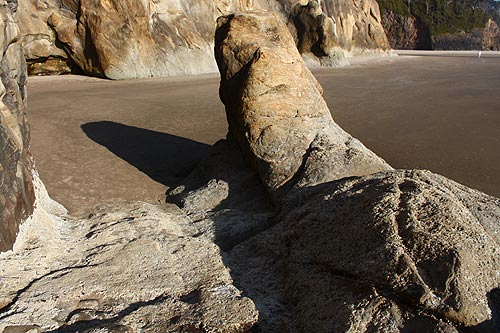 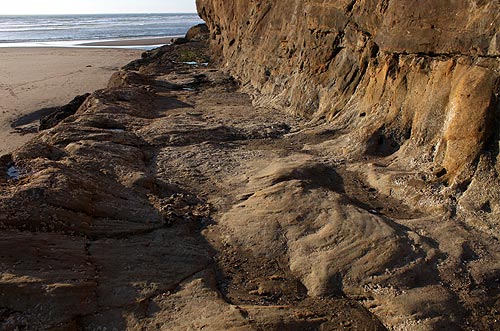 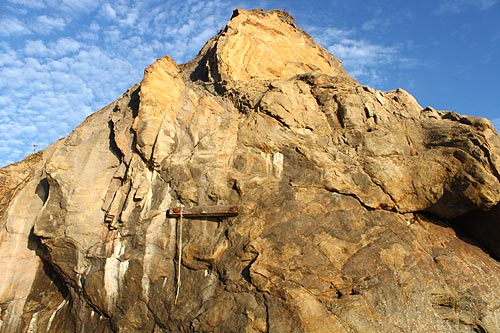 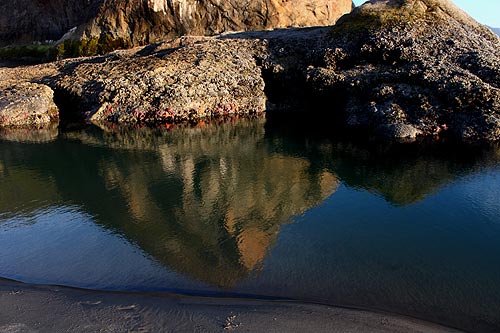