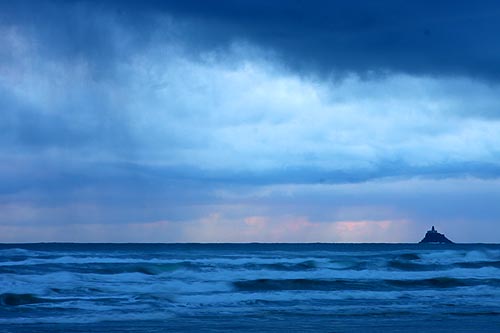 The section of town just south of downtown is known as "Midtown," and features a bundle of lodgings, charming neighborhoods with impressive homes and hidden beach accesses. It's also littered with a fair amount of fine restaurants, galleries and shops.

Above: Tillamook Rock Lighthouse is seen in the distance with a dramatic spring, brewing a combination of storm and cloud openings.

Below, Haystack Rock is viewed from the north, at a spot immediately south of downtown. Below, one of the main beach accesses to Haystack Rock, which now also features a tiny bridge across the stream. 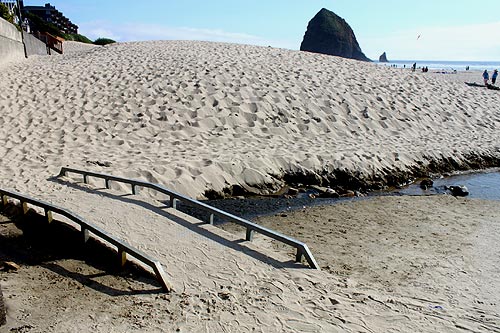 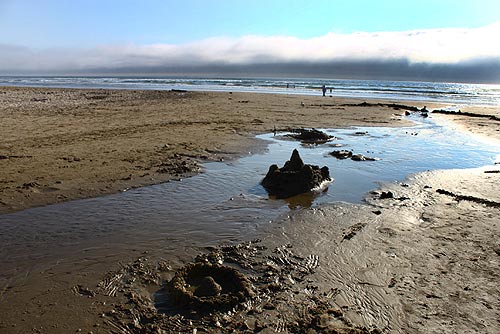